To learn more about Mark, visit his RRBC AUTHOR PAGE!

Tragedy . . . heartache . . . how much more can Tyler Montgomery and John Webster take? This missions trip, the “healing” one, has only added fresh layers of pain. Construction of an orphanage in Haiti’s northwest . . . yes. But a doomed rescue operation, human traffickers, human anomalies, extreme personal danger . . . risk of death? They hadn’t signed up for those.

Turning their backs on the crisis, however, is unthinkable, it’s just not who they are.

To learn more about Randall and his other books, visit his RRBC AUTHOR PAGE!

Joao and Catarina Regaleria’s twentieth wedding anniversary celebration was fast approaching when a contact from the past reaches out for his assistance.

Colonel Theodore Mwanga, a former enemy commander during the Angolan war and now an important politician, requests Joao’s help. The colonel’s adult son, Peter, was kidnapped while working as a doctor for the Christian Aid Mission in the Democratic Republic of Congo.

Reluctant to get involved, Joao contacts Xavier Sear, a former CIA operative. They became friends when Joao served as a member of the United Nations Peace-Keeping Forces in Angola and Sear was an observer.  (More on Amazon)

Colombian Betrayal tears the cover off the drug trade and exposes the death, and violence behind the twisted connections between governments, revolutionaries, terrorists, and drug lords.

Watch as an unholy alliance is formed when the profits of a Columbian drug lord Olivia Moreno, begin disappearing and deadly new international competitors appear on the horizon.  (More on Amazon) 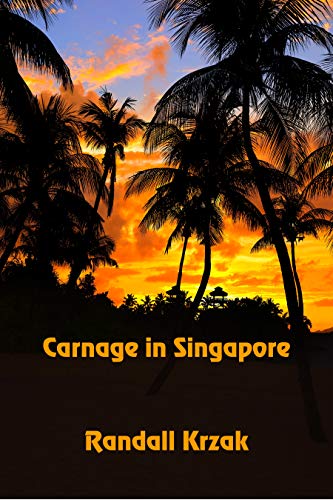 Terrorist groups such as Abu Sayyaf and Jemaah Islamiyah have flourished in recent years with new recruits joining them and ISIS-affiliates at an alarming rate. Blended operations by various Asian countries have forced the groups to work together to identify a new operational base.

They seek an island nation to call home, one where they can plot against countries who oppose their ideals. They found a target, a small nation-state, perfect for their needs: The Republic of Singapore.

Before anyone can respond, the ambassadors of the United States, Great Britain, and Australia are kidnapped from their residences in Singapore. Right index fingers of each victim are sent as a warning. Any attempt to recover the ambassadors will result in the removal of additional body parts.  (More on Amazon) 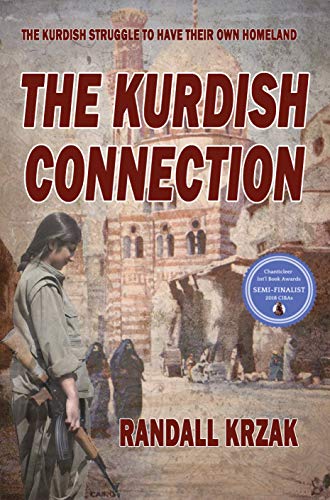 In their daily struggle for survival, Iraqi Kurdish scavengers uncover a cache of chemical weapons. They offer the weapons to Kurdish rebels in Turkey and Syria to assist in their quest to free an imprisoned leader and create a unified homeland. After receiving a tip from an unlikely source, the newly formed Special Operations Bedlam team is called to arms. Can the team recover the weapons before it’s too late? 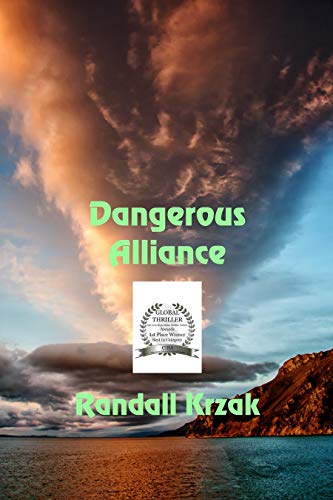 United Nations’ sanctions are crippling North Korea. China has turned her back on her malevolent partner. The North Korean military machine is crumbling, unable to function. Oil reserves are minimal and the government seeks new alliances.

Cargo and tourist ships are disappearing along the Somali and Kenyan coastline at an alarming rate. Speeches abound, but inaction emboldens Al-Shabab to seek their next prize: Kenya. The terror organization controls land but requires weapons.

Bedlam Bravo team leader Colonel Trevor Franklin (Ret.) leads the small international team into East Africa. Tempers flare as the team is embroiled in a political quagmire. The axis must be stopped to avert an international crisis but at what cost?

Quote of the Week:  “Next to God, thy parents.” ~Unknown

JULY BOOKS OF THE MONTH

by Authors, Breakfield and Burkey

OUR “SPOTLIGHT” AUTHOR FOR THE MONTH OF SEPTEMBER IS…

(Our “SPOTLIGHT” Author returns in September after the 6th Annual WC&BE!  Stay tuned!)

Visit the “SPOTLIGHT” Author forum to show your support of @TBA with tweets, RTs, and social media shares on all your forums, while also helping to spread the word about their book, TBA

CONGRATS, @TBA! Enjoy your time in this amazingly bright spotlight!

MEMBER OF THE MONTH!

CONGRATULATIONS to Member, JOY M. LILLEY (@JoyGerken) for holding the awesome seat of RRBC’s July MEMBER OF THE MONTH!

To learn more about Joy, please visit the MEMBER OF THE MONTH forum.

Be sure to support @JoyGerken as you could find yourself in this awesome seat in September!

Be sure to include #RRBC #PUSHTUESDAY in your tweet support of this member so that you are recognized and we can share in your support.

“THE EDGE OF FEAR” by RWISA Author, Maura Beth Brennan

Please join in the conversation via our Rave Waves Zoom Gallery! You may promote the show on Twitter by using the show’s hashtag #RRBCLetsTalkAboutIt. It’s always nice to include #RRBC and #RRBC_Community in all of your tweets, as well.

BOOKS BEING READ IN JULY AND THE MEMBERS READING THEM…

– Joy Gerken:  THE ENIGMA FACTOR by Breakfield and Burkey

– to speak at length; make a long, usually grandiloquent speech.

-RRBC Members:  If you’d like to join one of our many growing CRITIQUE TEAMS, please reach out to Paula at RRBCInfo@gmail.com!

RWISA – WHERE WE CARE ENOUGH TO GIVE ONLY OUR BEST!