To learn more about Bette and her other books, visit her RRBC AUTHOR PAGE! 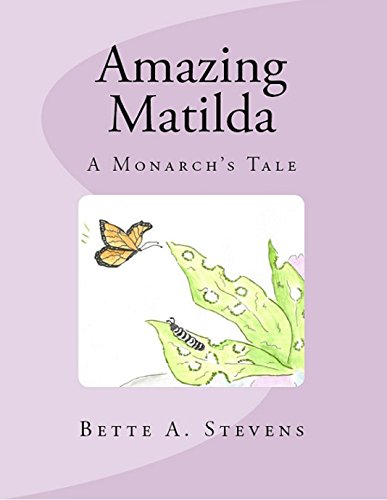 “The Tangram Zoo and Word Puzzles Too!”

To learn more about D. L. and her other books, visit her RRBC AUTHOR PAGE!

“Things On A Tree” 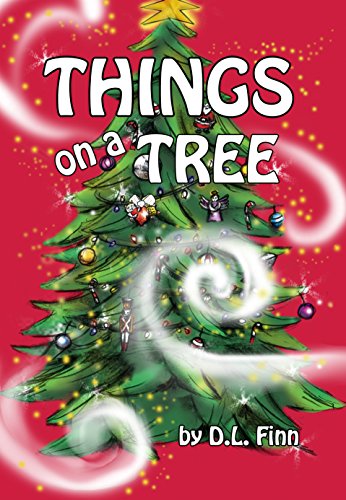 What a way to spend Christmas Eve! Thirteen-year-old Aimee is sick and missing her dad, who died in a car accident last year. While the rest of her family are outside playing in the snow, she is alone by their Christmas tree. Aimee sighs as the tears begin to fall. She wishes she still believed in Santa Claus. Then she could ask him to change the last year. Yeah, right, she thought. She turns away from the tree, and falls asleep. Later that night, Aimee awakens to a strange noise.  (More on Amazon) 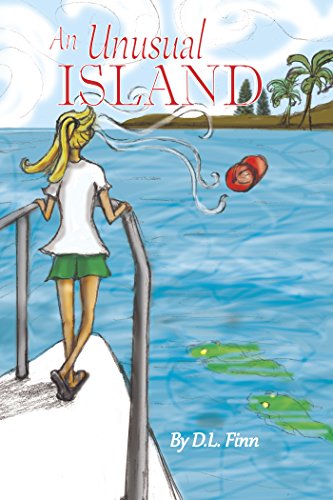 When Janine’s parents win a vacation to a private island, it’s the same week as her and her twin brother’s 16th birthday. Cool! She can’t wait to lounge on the beach and let the staff pamper her! Much to her disappointment, though, they leave the island to go sightseeing on a boat. Unlike the rest of her family, bouncing around the ocean isn’t her idea of fun. Even when her brother gets their dad to stop the boat to investigate the neon sea creature that he is sure is following them–nothing. Losing her new red hat is the highlight of her trip until an unexpected storm hits, and they shipwreck on an uncharted island. After tending to some wounds from the crash, they search the island in hopes of finding human civilization. Although they don’t find what they are looking for, it appears they aren’t alone. When they return to their campsite—a fully cooked dinner is waiting for them! Why? And a better question is why did they eat it? It was as if they stepped into a fairytale– or nightmare. Who is on the island with them and what do they want? 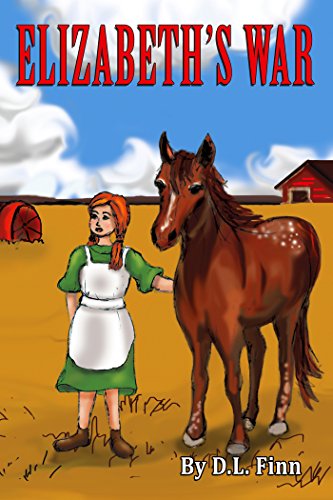 It’s April of 1917, and World War I has reached Elizabeth’s family on their wheat farm in North Dakota. Although the battles are being fought overseas, the war has affected her in ways she couldn’t have imagined. Elizabeth is thrust into a new role after her brother and father leave the farm to do their part in the war. And she’s only eleven years old!
Having almost died as a toddler, Elizabeth has been babied most of her life. Now she must learn to help out around the farm; cooking, cleaning, and tending to the garden and livestock. No longer can she run from her responsibilities, as she did when her horse Rosie was giving birth. There were complications during the delivery, and Elizabeth panicked and froze. The foal didn’t make it. 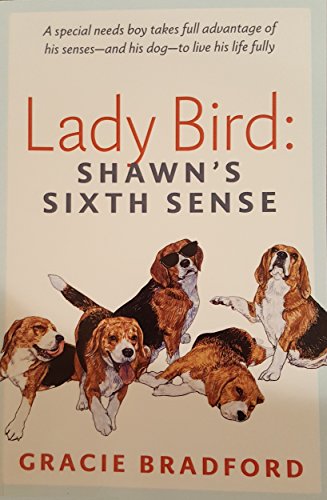 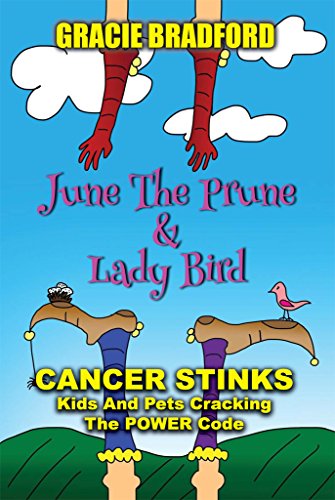 To learn more about Joy and her other books, visit her RRBC AUTHOR PAGE!

Grandma is becoming a bit forgetful. She hides things in places she believes she will be able to find them when she needs them, but then, she forgets where the hiding places are. She forgets her car keys and a host of other things. What will Grandma forget next?

This fun little book will have children 3-6 yrs. of age entertained by the antics of Grandma. 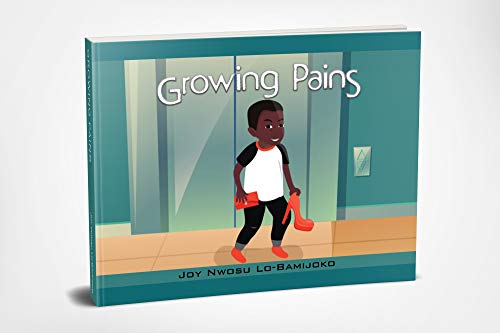 Living can be painful! These stories follow the growing pains of a little boy named Chike. He struggles to understand why he cannot impose his own will on life. Why he should be told what to do and why living is so tough. Do we even understand the mind of a child? We can only watch, direct and pray. How will life treat Chike? Only time will tell. 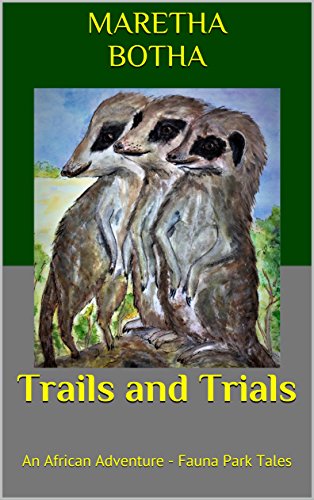 “Flame and Hope: An African Adventure” 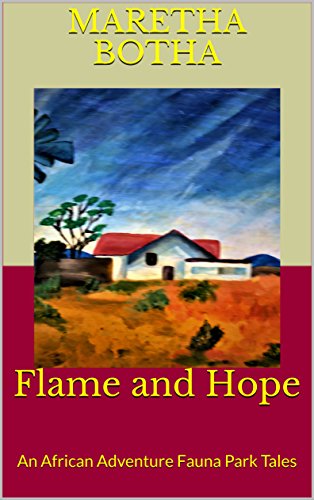 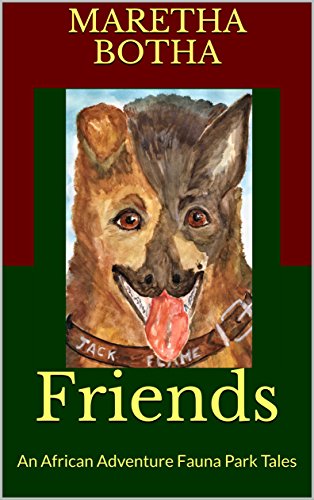 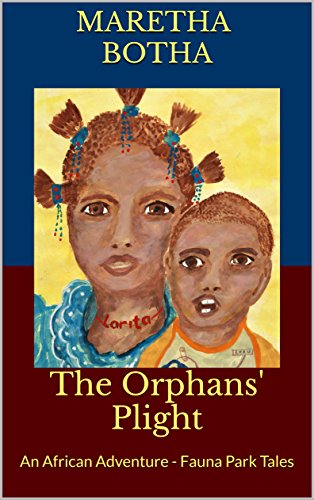 To learn more about Robbie and her other books, visit her RRBC AUTHOR PAGE!

Join Sir Chocolate and Lady Sweet on a fun adventure to discover why the milkshake rain is pale and white.

“While The Bombs Fell”

What was it like for children growing up in rural Suffolk during World War 2?
Elsie and her family live in a small double-story cottage in Bungay, Suffolk. Every night she lies awake listening anxiously for the sound of the German bomber planes. Often they come and the air raid siren sounds signaling that the family must leave their beds and venture out to the air-raid shelter in the garden.

Despite the war raging across the English channel, daily life continues with its highlights, such as Christmas and the traditional Boxing Day fox hunt, and its wary moments when Elsie learns the stories of Jack Frost and the ghostly and terrifying Black Shuck that haunts the coastline and countryside of East Anglia.  Includes some authentic World War 2 recipes

“Sir Chocolate and the Strawberry Cream Berries story and cookbook”

The adventures of Sir Chocolate and Lady Sweet in poetry form. Michael came up with the idea of Sir Chocolate and Lady Sweet and many of the characters contained in the books, when he was ten years old. His ideas were such fun that Robbie decided to turn them into little verse books for his entertainment. The book contains recipes for children to make with adult assistance.

“Sir Chocolate and the Baby Cookie Monster story and cookbook”

Book 2 of the Sir Chocolate series: Sir Chocolate and Lady Sweet find a lost baby cookie monster. Join them on an adventure to return the baby to its mother and learn how to make some of their delicious recipes at the same time.

“Sir Chocolate and the Sugar Dough Bees story and cookbook”

A greedy snail damages the flower fields and the fondant bees are in danger of starving. Join Sir Chocolate on an adventure to find the fruit drop fairies who have magic healing powers and discover how to make some of his favourite foods on the way.

“Sir Chocolate and the Sugar Crystal Caves story and cookbook”

Sir Chocolate and Lady Sweet get sugar water from the Sugar Crystal Caves to make delicious goodies for their shop. Unfortunately, something is making the crystals melt. What can Sir Chocolate do? Includes four lovely new recipes.

“Sir Chocolate and the Condensed Milk River story and cookbook”

“Sir Chocolate and the Fondant Five story and cookbook”

To learn more about Sam and his other books, visit his RRBC AUTHOR PAGE!

To learn more about W. J. and her other books, visit her RRBC AUTHOR PAGE! 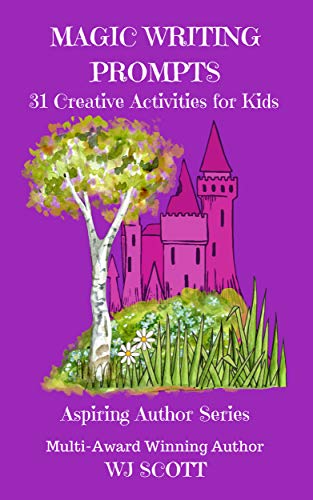 31 Magic Writing Prompts to ignite your child’s imagination. Have fun creating magical stories to share with your family and friends. 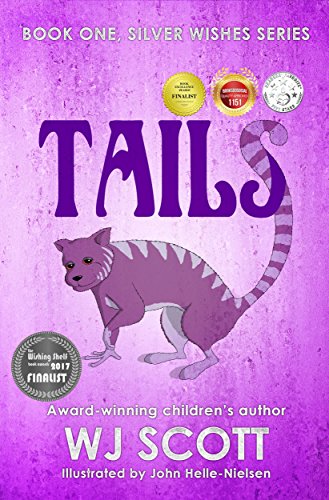 Sometimes loss is the only thing that saves you.

Last summer during the dreaded hunting season, Kywah lost his tail, his magic, and his value as a silvertail. Now the hunters have returned and he’s terrified. Especially when he recognizes Samsa, the very hunter that cut off his tail, and ruined his life.

But when the pack becomes trapped in the foothills with no escape, Kywah realises he’s their only hope. Without a tail, he’s worthless to the hunters and their wizard masters. If he can escape, he can find help for his pack. All he has to do is locate the Wise One and retrieve the Deep Magic.  (More on Amazon) 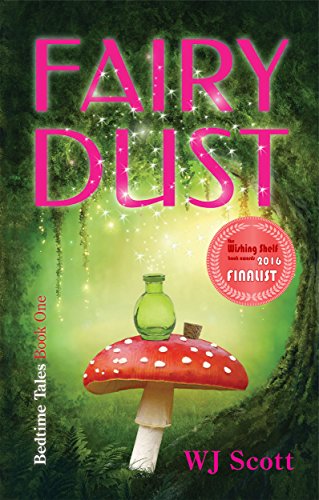 Evelyn, an orphan, doesn’t believe in magic anymore, but then the meddlesome tinkers arrive in her village and change her world forever.  (More on Amazon)

5 thoughts on “Looking for #Children’s #books? Ck out the #RRBC Catalog today! #RRBC_Community”

HONESTY IN EVERYTHING LIVES HERE! CLICK TO JOIN US!

*Get ready to party with our upcoming BLOG & BOOK TRAILER Block Party!

SEPTEMBER BOOKS OF THE MONTH

THE ROAD TO SARATIN by Author, Charles Jones

To interact with this month’s BOM Authors, please visit our BOOK OF THE MONTH forum and leave your comments!

OUR “SPOTLIGHT” AUTHOR FOR THE MONTH OF SEPTEMBER IS…

Let’s follow @SusanneLeist on Twitter, Facebook, and her blog site, and let’s reciprocate the dedication and support she gives to our amazing club and its members.

Visit the “SPOTLIGHT” Author forum to show your support of Susanne with tweets, RTs, and social media shares on all your forums, while also helping to spread the word about her book, “THE DEAD AT HEART.”

We ask that you hit social media hard, spreading the word about this supportive member of RRBC!

CONGRATS, @SusanneLeist!  Enjoy your time in this amazingly bright spotlight!

SEPTEMBER MEMBER OF THE MONTH!

Be sure to support @FredsDiary1981, as you could find yourself in this awesome seat next month!

Be sure to include #RRBC #RRBC_Community #PUSHTUESDAY #PUSHTuesday in your tweet support of this member so that you are recognized and we can share in your support.

Please join in the conversation via our #RaveWavesZoomGallery! You may promote the show on Twitter by using the show’s hashtag #RRBCRatersNotHaters. It’s always nice to include #RRBC and #RRBC_Community in all of your tweets, as well.

BOOKS BEING READ IN SEPTEMBER AND THE MEMBERS READING THEM…

– Bette Stevens: WHILE THE BOMBS FELL by Robbie Cheadle

– Jan Sikes: THE DAY THE LIGHTS WENT OUT … by Nonnie Jules; RUBY SLIPS AND POKER CHIPS by Heather Kindt;

– Robert Fear: OUT OF POLAND by Breakfield and Burkey

– John Podlaski: THROUGH THE NETHERGATE by Robbie Cheadle

– Breakfield & Burkey: THE VAGARIES OF LIFE by Author Joy Nwosu Lo-Bamijoko; THE ONE ENLIGHTENED by Yvette Calleiro

– Pat Garcia: MIRROR OF OUR LIVES by Joy Nwosu Lo-Bamijoko

– Breakfield & Burkey: Tails by Wendy Scott, Not Again, Grandma by Joy Nwosu Lo-Bamijoko, The One Discovered by Yvette Calleiro, Gotta Find A Home by Dennis Cardiff, Unhinged by John Podlaski, Stardust by Maura Beth Brennan, Two Shorts and a Snort by Jan Sikes, The Ex-Chronicles by Maura Beth Brennan

– Linnea Tanner: My Maine by Bette A. Stevens

– Wanda Fischer: BRAVURA by Lisa Kirazian; OUR LADY OF VICTORY by Shirley Harris-Slaughter; THE LIBERTY BODICE by Joy Gerken; WHEN THE LIGHTS WENT OUT… by Nonnie Jules